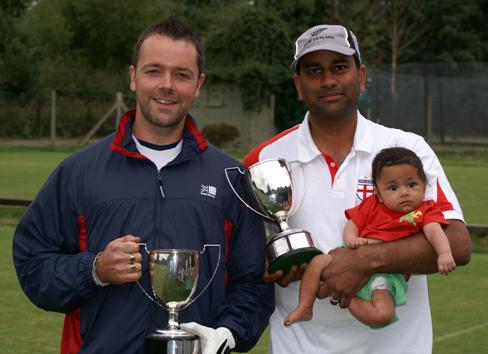 Chris Farthing and Samir Patel beat Nick Butler and John Spiers 7-2, 2-7, 7-4 in the final of the Golf Croquet National Doubles Championship. They dominated the tournament, having won all 12 other games over the weekend (block and semi-final), only going to the 12th hoop twice and the 13th hoop once.