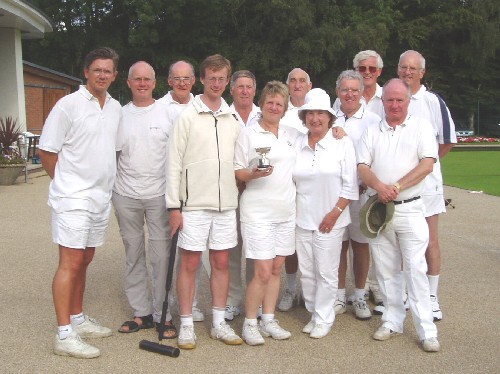 The six NW players are on left, NE on right.

by Charles Waterfield at Heaton Park
17th August 2004 (Other News)

The Pennine Cup, between the North West and North East (Croquet North & Yorkshire) Federations, took place on 15th August at Heaton Park, Manchester. The North West overcame North East by 6-3. The format is Advanced Doubles & Singles as well as some Handicap Singles; NW names given first.