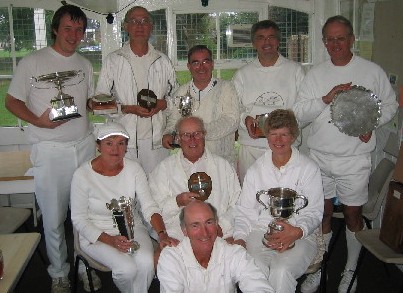 The winners and the manager

The South of England week concluded at Compton Croquet Club, Eastbourne this afternoon, under the management of David Magee who reports results as follows:

A for the Ionides Cup

B for the Devonshire Park Salver

C for the Luard Cup

D for the Trevor Williams Cup

X for the Anna Millns Salvers

Y for the Gilbert Spoons

X for the Devonshire Park Cup

Y for the Brittain Porringer