England's Stephen Mulliner reaches the semi-final in the World Golf Croquet Championship, leaving the final to the Egyptians 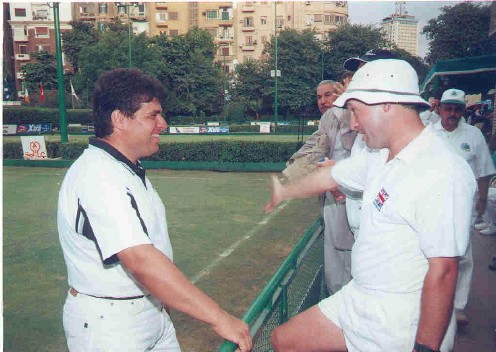 photo of Stephen and Salah Hassan (by Bill Arlliss)

Tony Hall has been troubled by illness and poor internet access, but has now produced a lengthy account of an exciting Golf Croquet World Championship in Cairo, up through the semi-finals, where England's Stephen Mulliner - the last non-Egyptian in the running - was finally knocked out. Salah Hassan and Yasser Esmat meet in the final.