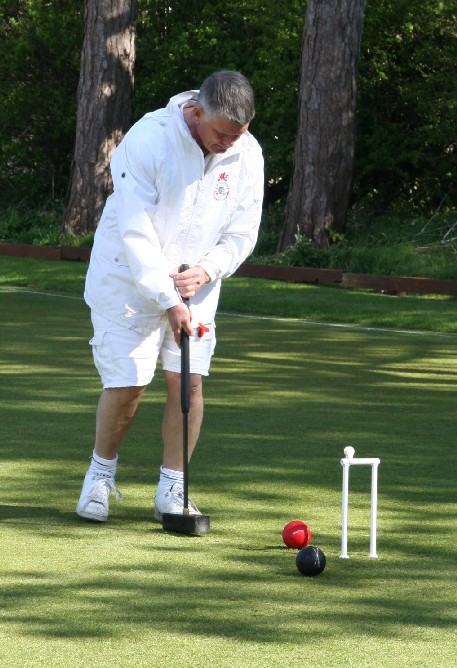 Typical Hunstanton May Bank Holiday weather - Saturday and Sunday were sunny with a fresh breeze, Monday began with drizzle then turned sunny and calm. Playing conditions were very good and Ian Vincent timed the lawns at 11 seconds, fast for early season. Further stat for anoraks - average game time was 2 hours 6 minutes. Several triples including a combination peg out, several failed triples and at least four attempted sextuples which, fortunately for the manager who had promised drinks for success, remained only attempts. In the very last game Fingers overcame Digger to snatch a podium place for himself and deny the latter from winning the tournament, leaving a Noble smile on one competitor's face.