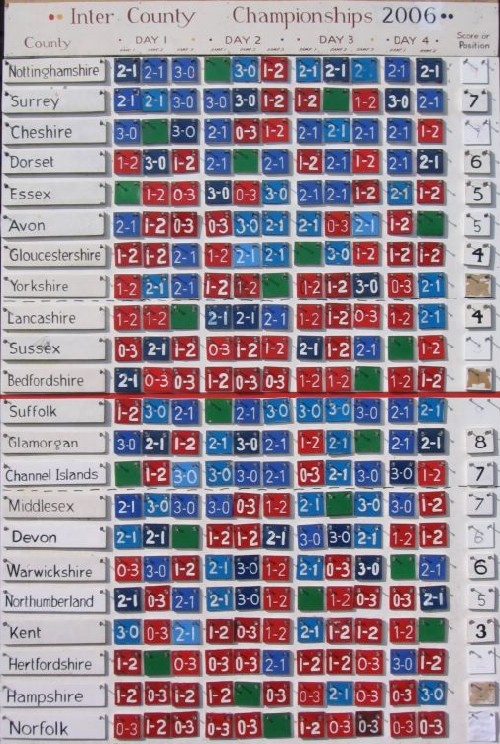 There was a three way tie on matches won (four) for the final relegation place, between Gloucester (15 game wins), Yorkshire (14) and Lancashire (13). Yorkshire's 3-0 win over Lancashire assuming more significance than the usual local bragging rights. In fact Yorkshire's song at the annual Monday night Northern (and Glamorgan) dinner saw the usual Ilkley Moor Baht'At being replaced by 3-0, 3-0. However a new verse was later added to Ilkley Moor, namely John Prescott has joined our team (with his trousers down!!)

Channel Islands were promoted ahead of Middlesex on the basis of their 3-0 win over Middlesex.