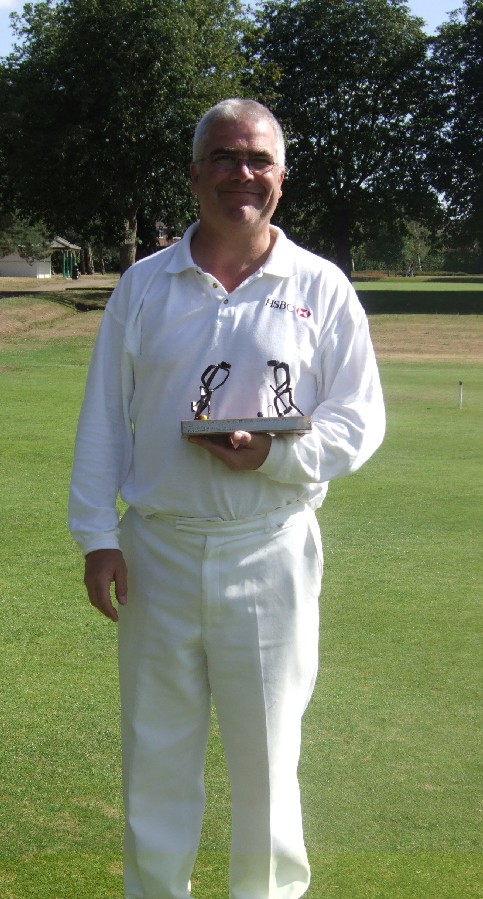 The four patches of fresh green at Eaton Park which greeted the 14 entrants were in stark contrast to the burned brown areas in the rest of the park, a tribute to the efficiency of the irrigation system. Saturday was very hot, Sunday cooler with an occasional breeze.

Five rounds of seven games were played with an unprecedented 21 of the 35 games going to time. This contrasts with last year when 12 entrants played 36 games on 3 lawns with only 4 games going to time. No explanation since tournament conditions, balls and time limits were identical and 80% of the entrants were the same. A few triples were attempted with Ian Storey coming nearest to success, but in two separate triples his rover peels failed. There was even an attempted TPO which the player, who shall remain nameless, agreed was somewhat foolhardy considering his opponent's forward ball was already on rover!