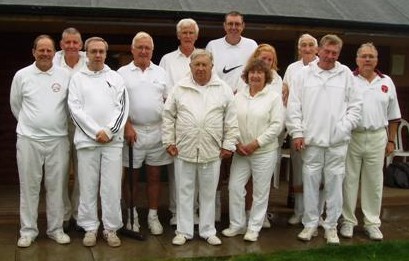 The annual cross-Pennine challenge cup, contested by a team drawn from the North West against a team from the Croquet North & Yorkshire Federations, took place this year at Pendle & Craven on Sun 13th Aug in cold blustery conditions. Usually played at Heaton Park, this was a new venue and it is encouraging to report that the lawns are showing significant improvement, compared to earlier this season. Both the clubroom facilities and catering were first class. The match format is a mix of advanced doubles and singles, with some handicap singles. The results (NW names first) were, in games played level: