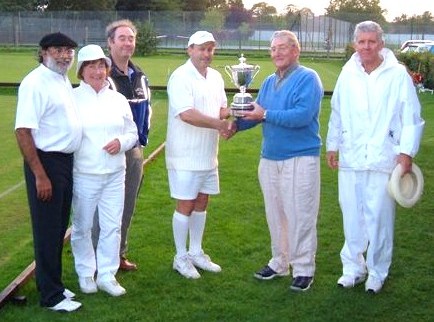 There was an unfortunate incident in the morning games, when a clock was set wrongly resulting in one game being declared finished 55 minutes earlier than the 3.5 hour time limit. To make matters worse the game double-banked on the same lawn did not have its own clock (for reasons that aren't clear - although there is a rumour that somebody sat on the clock and reset it!) and on the basis that it had started at the same time, also finished at that point. The truth was eventually discovered but at that point in both games, both participants were ruled to have quit the court in agreement as to the game being over.