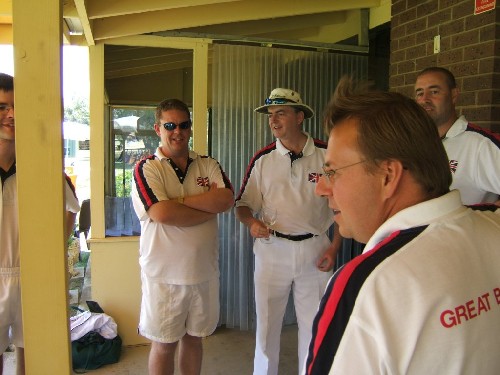 USA have defeated NZ after singles play at Rich River
USA 12 matches to NZ 6 with 3 doubles matches remaining to be played tomorrow.

The doubles matches scheduled for play at Shepparton have been transferred to Rich River and all the final matches to complete the competition will be at Rich River Croquet Club tomorrow, Sunday 3 December. It should be an excellent day's play.