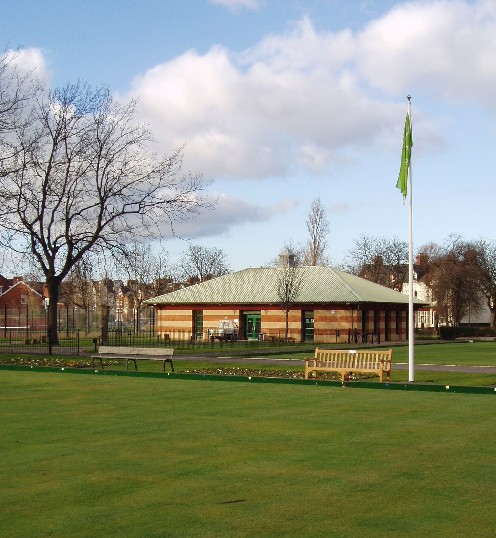 From the 1930s until the mid 1980s the only croquet played in the Teesside region was at the ICI club at Norton Hall. In 1986 a small band of enthusiasts started a club at Teesside Airport tennis centre. The club had many problems establishing reasonable lawn conditions and moved to Ormesby Hall (NT), changing its name to Ormesby Hall Croquet Club (OHCC) in 1988. Eventually the increasing number of outdoor events held by The National Trust became incompatible with croquet and the Club wanted to increase membership, improve and extend lawns and add facilities such as a clubhouse, all of which would have been impossible at Ormesby.

After discussions with Middlesbrough Council, an old bowling green with use of a clubhouse at Prissick Sports Centre was made available on acceptable terms. It was then possible to build on past achievements and maintain continuity in terms of having a local club participating in Northern Leagues. The new facilities were opened by the Mayor in June 1998, followed by an open day for the general public. A small extra practice lawn was added the following year. However it was never possible to lay out two full-sized lawns, even with an overlap.

In 2005 a very large Skateboard & BMX park was developed nearby, with the inevitable problems that large numbers of youths bring and providing a further incentive to look for a new home. Several possibilities were looked into, without any being suitable, until there was an invitation to discuss options at Albert Park. The Park Management, in consultation with existing Bowls groups, agreed in late 2006 that two of the four bowling greens would be available as croquet lawns (as indeed there were in the nineteenth century).

Albert Park is a restored Grade II park with historic Victorian origins. Within the Park are a Visitor Centre and a Sports Pavilion and near to the latter are the bowling greens. The Park was donated to the people of Middlesbrough in 1868 by Henry Bolckow, one of the founders of the Iron & Steel industry on Teesside. In September 2004 a three-year £3.5M restoration scheme was completed, largely funded by the Heritage Lottery Fund, which also enabled the employment of a dedicated Park Manager and Community Ranger to maintain and develop the improvements. Covering an area of 30 hectares near the centre of Middlesbrough, recreation and sporting facilities include a boating and fishing lake, visitor centre and cafe, tennis courts, bowling greens and areas of open space for informal recreation and large events.

The club is confident that this will be a very successful move, not only in terms of facilities and lawn quality, but with good recruitment opportunities for new members. The opening event will be the 2nd Middlesbrough One-Ball Tournament on 22nd April.