The Goat in ACTION 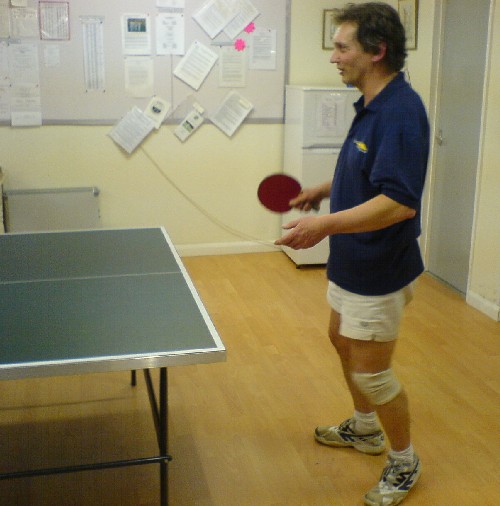 This picture of well-known slow-coach David Goacher was taken recently in Bristol Croquet Club's clubhouse. As you'll see from the blurring, there was perceptible motion.

Dave's actually quite good at table tennis, and quite lively!

Having seen this picture on the website the week before, players at the Western Championship discovered that Stephen Mulliner used to play at a high level, so a match was set-up.

It turned out that the Goat was faster than the Short-man! No one would have thought it.

The Goat had already played himself in and it looked like Stephen might have once been pretty lethal, so a re-match must surely be on the horizon!