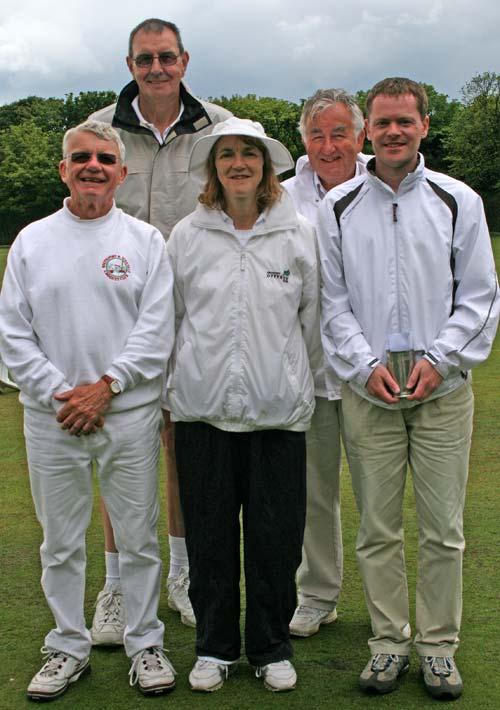 The UK may have had a wet Whit weekend but Southport again hosted an excellent handicap tournament. It may have been a bit damp at times but this did not detract from the enjoyment of 24 players who attended this popular event. Manager Barry Keen expertly managed a Knock Out and a Swiss, keeping every lawn in play and only lost 40 minutes on one lawn over the three days.

The catering was excellent ("the best ever seen at a Croquet tournament" - Barry Keen) and the lawns are showing improvement after the significant investment in previous months.