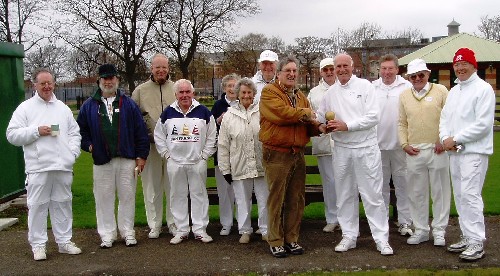 The biting east wind didn't seem to affect the accurate shooting and hoop-running displayed, not unexpectedly, by those players with proven GC credentials.

Games were triple-banked on two lawns.

The event was run as a handicap Egyptian without time-limits (nobody played fewer than 7 games and one managed 10).

The winner was Derek Old, only just edging out David Turner (both Tyneside).