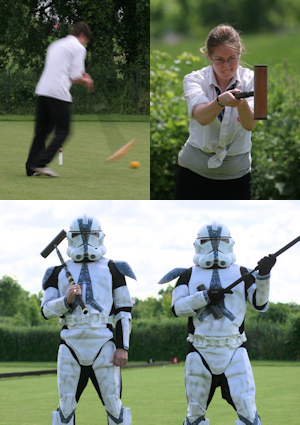 William Gee and Rachel Rowe won the Surbiton Speed Doubles, beating a field of twelve pairs from far and wide, including previous winners Philip Eardly and Gina Lewis in the final. Philip and Gina had played a waiting game, hoping to run down William and Rachel's clocks, but a quick and tidy break by William, which included a single peel, saw them home with just under 2 minutes left on the clock.