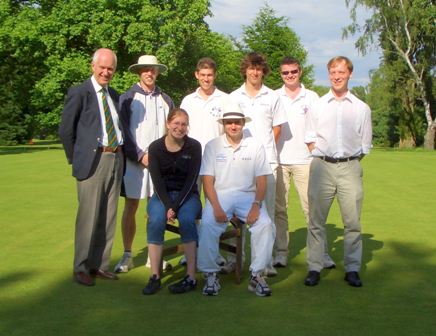 In the team event, Nottingham University entered three teams and were runners up to Oxford University, who retained the Edmund Reeve trophy. Andrew Hope, Vice-President of the Croquet Association, presented the trophies. He said that there were far too few young people playing but he welcomed seeing such enthusiasm at the Championships.

The Oxford Club thanked Andrew for presenting the trophies and for his encouragement and also thanks to Robert Wilkinson for managing the event.