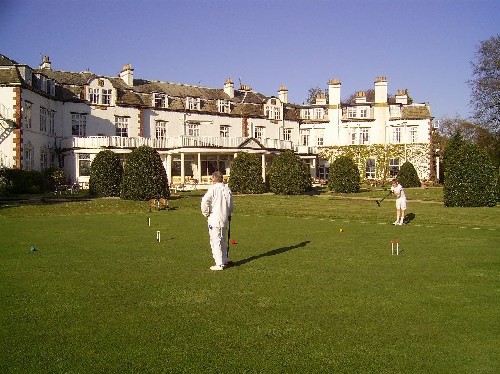 In beautiful weather, at Ripon Spa Hotel Croquet Club, Jacob Carr, one of our up and coming young players at 17 years of age, won the Ripon Rowels Singles trophy for the second year running. Jacob beat all comers including the runner up, Ray Mounfield, dropping only four games in the competition. Ray was second, Samantha Thompson, Freda Vitty and Jane Pringle all had the same number of wins and ended in that order.

There was a disappointing entry of only seven players and the format chosen by the manager, Freda Vitty, was all-play-all in one block, three separate games per match, so there were some 3-0 results. This made for everyone playing 18 games over the two days, without double banking and with the weather being kind, it was a great way to start most people's competitive season.