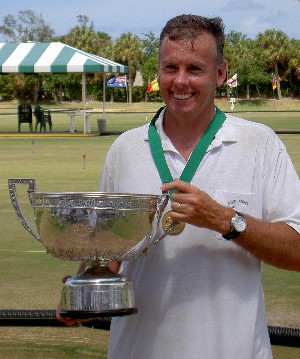 Earlier today, Reg Bamford convincingly won the World Championship for the third time with a 3-0 victory at the National Croquet Center in West Palm Beach, Florida.

More on the official site www.worldcroquet2009.com/ - including full description of the final as it unfolded: 2009worldchampionship.com/commentaryF.html#end

Detailed descriptions of the later stages of the knockout also available on the main website under scores/knockout.