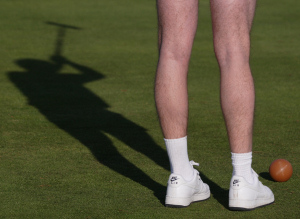 Rutger Beijderwellen won his first Open Championship, following the withdrawal of Chris Clarke due to injury. This is the first time in the event's 102 year history that the final has been decided in this way.

The knock-out has eight seeds, and was drawn so as to avoid players who have met in the Qualifying Swiss meeting in the early rounds. In the Qualifying (Burridge) Swiss: