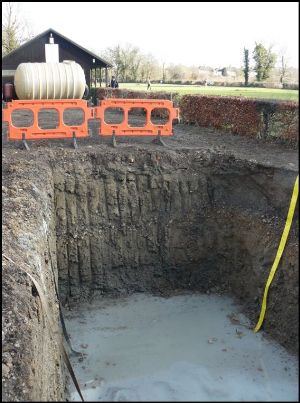 Surbiton CC have just completed the installation of its long-planned irrigation system. It's taken about a month to install and has entailed the burying of about half a mile of pipes, and the submersion of a vast tank beneath the car park.