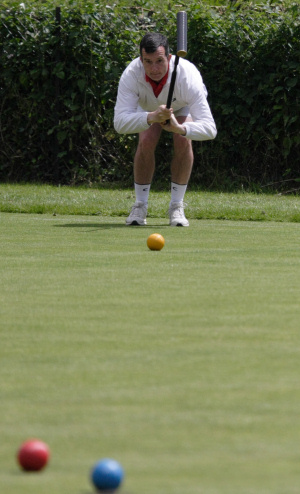 Ian Burridge of Wales will be hoping to go one better in this year's Home Internationals (Photo: Samir Patel)

The teams for the 2010 Home Internationals are as follows

The event will be held on 19 and 20 June at Surbiton Croquet Club in South West London. Spectators welcome.

The event has been held annually since 1980 between England, Scotland, Wales and (since 1983) Ireland. The 2009 competition, played in torrential rain in Dublin, was won by England who narrowly beat Wales into second..