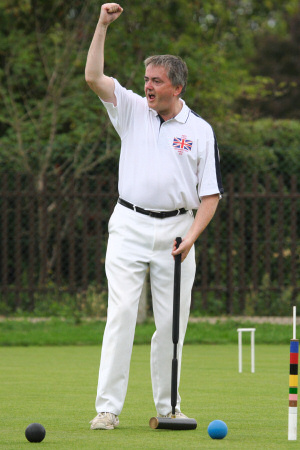 So well done GB. I'm sure others will reflect better on proceedings than I can at this point. It is clear that the top pairing was Fulford & Lines. Fulford continued his excellent record in Doubles and Singles. Lines produced consistently good play. He's an unassuming chap (hence hilarity at "intimidator" tag). And he's not proud - if the situation merits a simple break to the peg, he will play it. I confidently predict he will go to Christchurch NZ in 2014. But of course all team members played their part: Maugham with his demolition of Fletcher on Friday morning inspiring the team; Rutger in his first Mac did well at 3; Mulliner in his sixth Mac scored even better at 4; and of course captain Aiton scoring the 11th match today and, far more sweatily, at Nottingham.