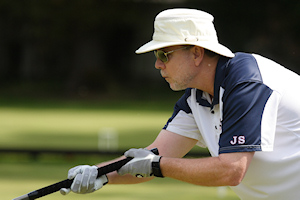 The following teams represented Great Britain & the USA in the Solomon Trophy at the Hamptworth Golf & Country Club near Salisbury from Tuesday 28 June to Friday 1 July 2011:

With the Overnight Score at 8-4 to the USA, on the Final Day There were a Possible Six Second Round Singles Rubbers to Play, Two Pegged Down Singles and One Doubles to Finish. USA Won Two of the Second Round Singles and a Resumed First Round Single to Make the Score an Unassailable 11-6 to Retain the Solomon Trophy Which They Had Won for the First Time in 2009. The Remaining Four Rubbers Remain Unfinished