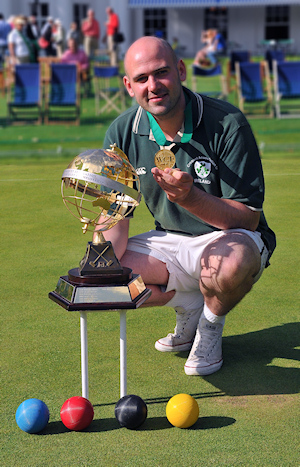 Mark McInerney (Ireland) has become the first non-Egyptian Golf Croquet World Champion beating Hisham Aboesbaa 3-0. Mark played brilliantly all week and in the course of winning the title he had to beat the 2004, 2006 and 2008 champions.