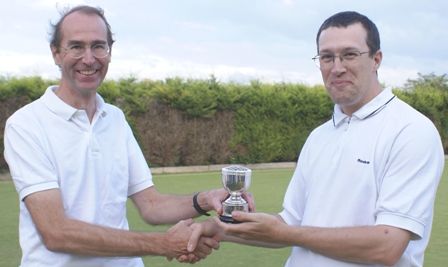 Nick held off a competitive group of 12 players in the final held at Dulwich 24-25 September. He won his block comprehensively and held to a steady performance beating fellow Watford member Steve Dennis 2-1 in a tense final. Dulwich President Simon Whiteley presented the trophy.