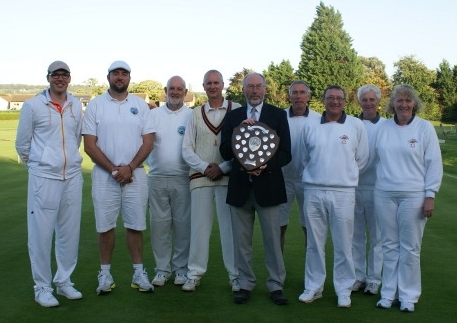 At lunch, Nottingham were 3-0 up against the Bear of Rodborough. Omied Hallam and Bob Thompson won their doubles comfortably, but both singles were won by single-figure margins.

All the afternoon games were tightly fought, and at one stage Nottingham was behind in all of them, and lost the first two to finish. The deciding point came when Omied Hallam hit-in when for rover and box, having just been pegged out by Richard Way, who at that stage was also for rover and peg. In the last game to finish, Bob Thompon pegged out Robert Moss when Bob was for 4-Back with his other ball, and Robert for peg. After several narrow misses, Bob conceded a wiring lift to leave a double that Robert hit from A-baulk.