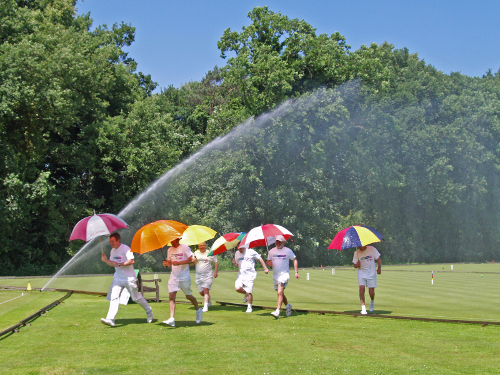 Conditions were dry, hot and sunny throughout, though the lawns were still relatively soft after recent rain. Rob certainly seemed to find them easy, completing a record 7 sextuples over the three day weekend. Several of them resulted from his variation of the "Ladies" leave, but with the opponents at hoops 1 and 4, wired by hoop 4, rather than across hoop 1.