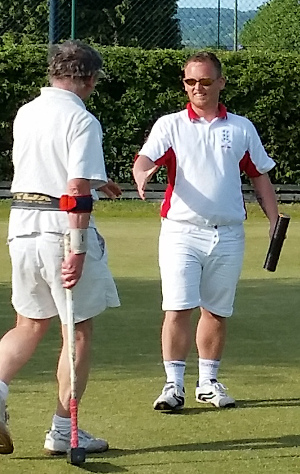 Keith Aiton and Gabrielle Higgins won the Mixed Doubles Championship beating David Maugham and Miranda Chapman in the final. Dave Kibble and Louise Bradforth, and Marcus Evans and Pat Long made it to the Semi-Finals. The mixed doubles final usually requires at least one person playing in the Men's or Women's final and so starts when those have finished; this year it finished in strong sunlight at 20:15 with hoop shadows about eight feet long.

Jack Wicks beat David Goacher 2-0 in the final of the Du Pre Cup - the Men's and Women's Championships consolation event competed for by all those not progressing past the first round of their knockout.