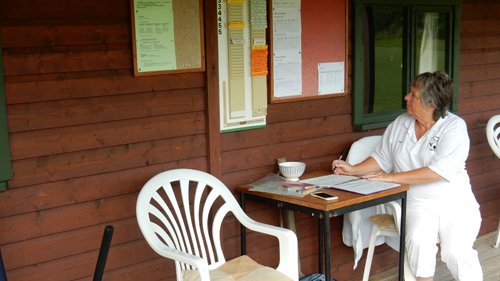 Nineteen players entered for the various midweek tournaments and trophies. Pendle's fifth lawn which suffered damage several years ago was back and playing very well, but after such a lay off there was found to be a corner peg missing. The weather changed from chilly to scorching as the tournament progressed. As usual there were visitors from far and wide especially this year when Phil Bateman and Sally Harper arrived from Australia. The general tenor of the event was as always relaxed and fairly flexible.

And in addition to those;