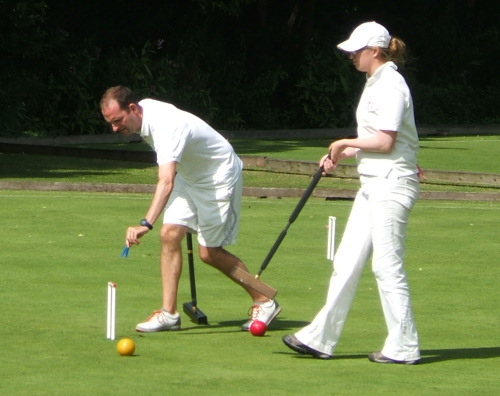 Rachel Rowe qualified for the Ascot Cup by winning the Nottingham GC Open, which had a record entry of 20 players, managed by Will Gee. The four quarter-finals each finished in two games, leaving Rachel to play Lionel Tibble and Alain Giraud, playing in his first GC tournament at this level, against John Paul Moberly. Rachel and Alain both won in three games, to leave a best of 3 final. Rachel took the first 7-5, Alain the second at hoop 13, but Rachel closed out 7-5 in the decider. Mark Ormerod won the consolation event.

Full results are at www.croquetscores.com/../nottingham-golf-croquet-open