Leicestershire returned to the top in the GC Inter-County Championship 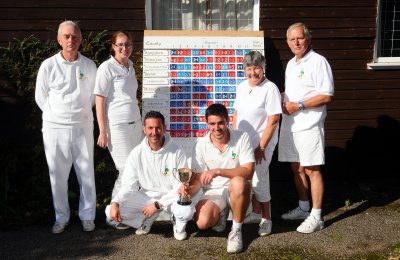 Leicestershire repeated their 2013 victory and finished clear winners in this year's GC Inter-counties Championship . Non playing Captain, Ray Mounfield used his top ranked four players for both days and this looked as if it would produce a 100% win record but this was spoilt in the last round when last year's winners, Middlesex managed to beat them 2-1. The nearest other contenders were Surrey, Middlesex and Kent who all finished with eight match wins but were separated by games won. Sussex had a bad year and took the wooden spoon.

We were lucky with the weather; brilliant sunshine all day Saturday and relatively light rain for the second and third sessions on Sunday.