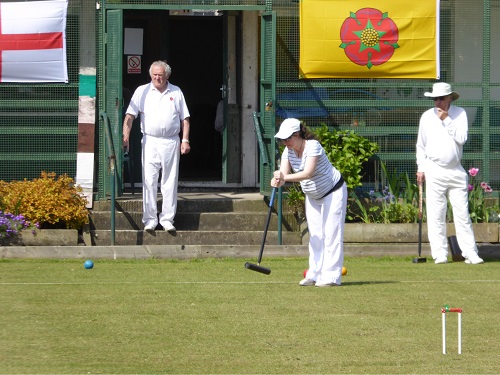 The CA Women won an inaugural match against the reigning Division 2 Inter-County Champions, Lancashire. The match was held to be a success and it is hoped that it can be repeated next year.

Of the match itself, James Hawkins writes:

The CA Women's Squad played members of the Lancashire Inter-Counties squad at Bury's Whitehead Park on 7/8 May. The Women won the match 6-3. The new lawns needed particular care from the players, resulting in several long matches. The outcome could have tipped in favour of either team, but congratulation to the Women for a deserved victory.