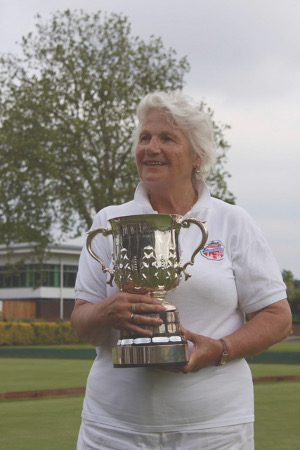 There were strong entries with many players returning year after year. It was played in mostly clement weather on Roehampton's now characteristically fast but green lawns. Events 3 & 4 played in tandem.

Winners: Adrienne Sackin and Peter Siddall. Runners up: Sally Hunt and David Mooney.
All from Roehampton. Five round flexible Swiss; both won 4/5; decided on who beat whom.

Winner: Peter Honey (Roehampton). Runner up: Wendy Spencer-Smith, (Watford). Five round flexible Swiss; both won 4/5; decided on quality of wins and who beat whom.

Winner: John Reynolds (Ealing). Runner up: Tony Bingham (Hurlingham). Block of 6, followed by medal matches. John Reynolds won 4 out 5 in the block, and then prevailed in a very close Final.