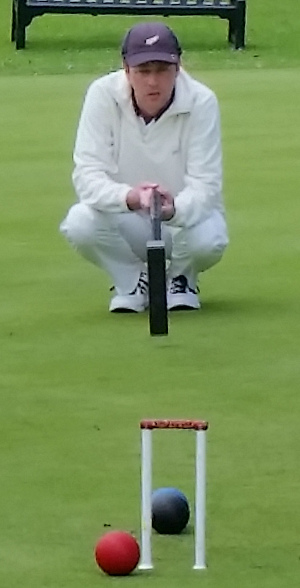 Paddy Chapman was undefeated in both the Draw and the Process to win the East Midland Championship, without the need for a play-off. On the way, he completed six sextuples and Dave Maugham three, making Dave the third player (behind Robert Fulford and Reg Bamford) to reach the milestone of 100, in ranked singles games. The ground was undoubtedly soft, having soaked up a lot of rain, but it was clearly a Freudian Slip when I referred to lawn one, after the winner had reported yet another sxp, as verging on a paddy field! Harry Fisher won the Consolation Swiss.