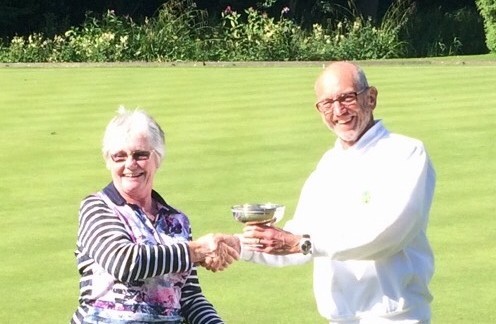 A smaller field of entrants still brought in some new faces and the return of regulars from previous years. The first three rounds were American blocks of 4 players and 19 point games. Three blocks produced clear winners with 3/3 wins, the fourth block placings were determined by points scored, both gross and net.
The four finalists contained 3 qualifiers from similar events earlier in the year. For this group, the 19 point format was kept with the result that Ross Bagni won, Roger Stroud came second, John Cundell third and fourth was Pauline Donner.
Other competitors played consolation 13 point games with everyone playing at least five games.