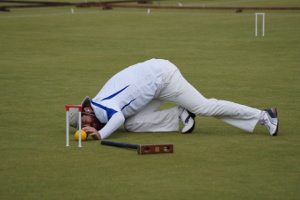 Ben Rotham lining up a peel during game 5 of the Final (Photo: Paddy Chapman)

The winners of the British Open Championship events were: