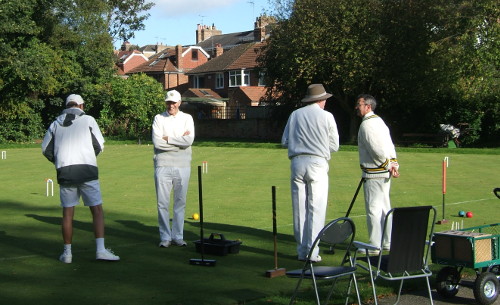 The final of the Secretary's Shield was hosted by York on a bright and breezy day, the last of their season. Play was equally brisk, with Sheffield taking the doubles and one of the morning singles to edge into a 2-1 lead at lunch. They went 3-1 ahead, but then Middlesbrough clawed one back, before Maggie Crossland took Sheffield over the line.

Many thanks to York for hosting, and congratulations to both teams for having got to the end of a two year campaign.