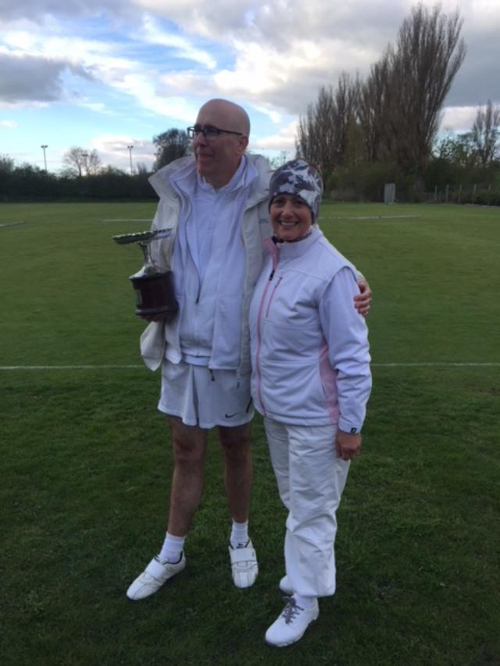 I entered for the first time an Open Golf Croquet Tournament held at the Craven and Pendle Croquet Club situated in the village of Earby.

It was a little out of the way but on arrival at the lawns I was greeted with the sight of four keen club members (and a very willing volunteer, Tim) setting out the lawns and doing a sterling job of trying to clear the lawns of the standing water.

After the valiant struggles of all, the matches got under way on Saturday at the appointed time.

It was very pleasant to be able to play competitive croquet in such a wonderful setting with wonderful views around. The competition was tough but the weather was tougher. I never expected it to be so cold towards the end of April.

Hot meals were provided for the players by Peter Dewhurst the Club Secretary on both days.

Despite the inclement weather, a very enjoyable time was had by all involved. Tim King who had lost to Paul Rigge in the all-play-all group stages beat Libby Dixon to retain the title. Libby had beaten a hitherto undefeated Paul Rigge in the semi-finals.

l will be looking forward to attending again next year.