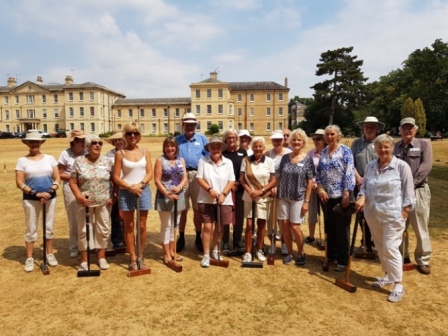 The first of two Northampton Croquet Club development pod sessions was held recently attracting players from Melton Mowbray club, Stony Stratford club, Offchurch club and of course NCC. The course attracted 18 players on the first day and 12 on the second. With the help of pod facilitator and club coach, Jayne Stevens, the players were divided into ability ranges so that suitable topics could be covered independently. Even though the brown lawns meant conditions were testing a number of players took their 'three times round' handicap test.

The second course on the following day attracted a similar number of players from Leighton Linslade club, Letchworth club and three of NCC's newest members. This was basically a repeat of the previous day with a few added extras. All of this year's participants will be contacted next year and invited to take part in the 2019 IPDG GC Development Pod sessions.