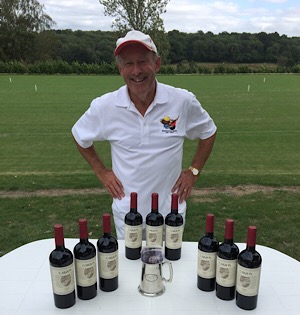 Real winners were Coral's catering team, Hedgers' treacle-glazed ham and Bodega Garzon's excellent Tannat Reserva. Stephen liked it so much he bought some of Lionel's!