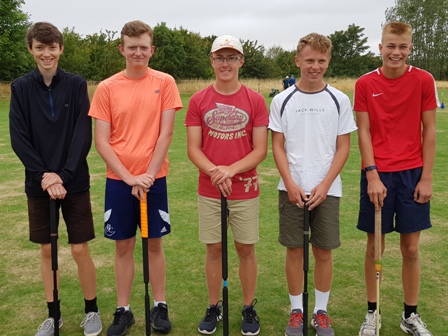 More had registered but unfortunately three pulled-out due to last-minute difficulties.

James, Albie and Eden were part of last year's intake and had brought along another of that successful group of Ipswich young players, Ryan.

A combination of AC and GC tuition interspersed with GC and AC one-ball round-robins helped to keep boredom at bay for these up-and-coming stars of the future.

Thanks to Ian Burridge for taking some of the AC tuition and especially to the parents for trekking across country.