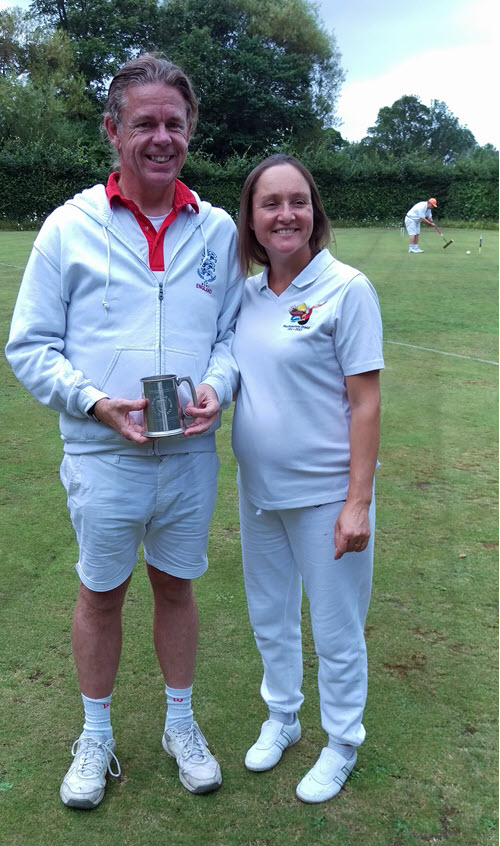 Dave Maugham won all his 7 games including 2 tp's to retain "his" Tyneside Tankard. Probably the only threat to his overall dominance was in the final super advanced game against his wife Alison, (who up until this game had won 5 games), when his attempted sxp broke down with his clips on peg and penult and he laid up. Alison took croquet and proceeded to get a good break going and with Dave missing a couple of long hit ins, she then unfortunately missed a relatively short roquet to let Dave pick up the pieces and finish and thwarted the winners name of Maugham being preceded by initials AN instead of DM! Saturday was wet, Sunday was dry but the lunches very tasty as usual catered by Sheila Watts.