Appointment of Executive Board Members

Ten members responded to the advertisement for members to serve on the Executive Board from October of this year. The CA Council has ratified the recommendation of its Nominations Committee that those below should be appointed, under its new Chairman, Beatrice McGlen. They are to take charge of the portfolios indicated.

Beatrice writes: "I am really pleased to introduce the new team that will form the Executive Board in October. Some of these people will be well known to many of you and others will be new faces, but they will be joining the ex-officio members of the Executive Board: Ian Vincent, Hon. Sec.; Ian Burridge, Hon. Treasurer; Mark Suter, CA Manager; and Jonathan Isaacs, Chairman of Council. With this mixture of wise heads with lots of experience from within the CA and a wealth of new experience and ideas from outside it, this new team will be aiming to take the Croquet Association forward. We will be striving to bring new drive to the CA's attempts to reach a wider, larger audience and impetus to the strategies put forward by Council, whilst managing the day to day affairs of the CA and keeping our existing members happy. A big ask!" 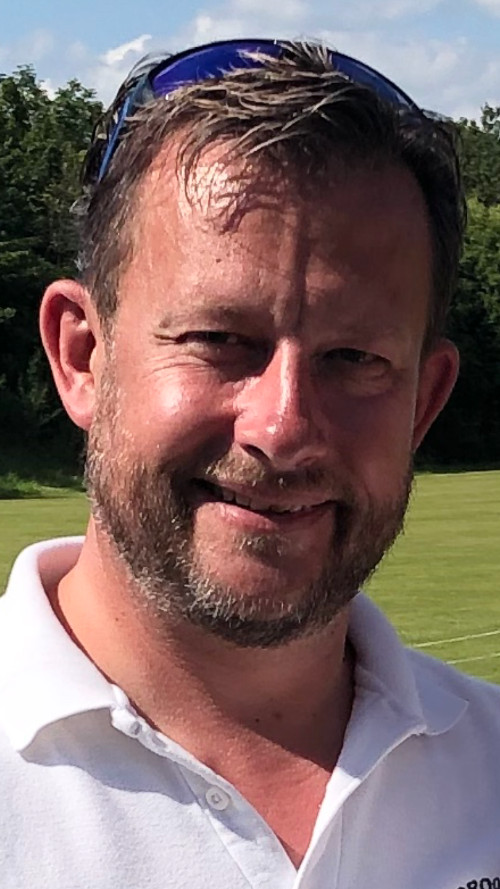 Chris has specialised in the Audio-visual industry since 2000. Working in the Technology Innovation Centre in Birmingham running the AV team and progressing to lecturing in the North West covering both audio and visual mediums. He is still involved in the audio industry as a freelance sound engineer whilst working full time as a Senior Referral Administrator in Dental Referral Management. With GDPR and safeguarding training, Chris provides online webinars for support and teaching purposes using Zoom as well as dial-in technical support.

Playing his croquet in the North West, Chris is a member of Bury Croquet Club and captains their Caesars weekend handicap team. He is a Grade 1 AC coach and helps his club's Golf players make the conversion to AC. 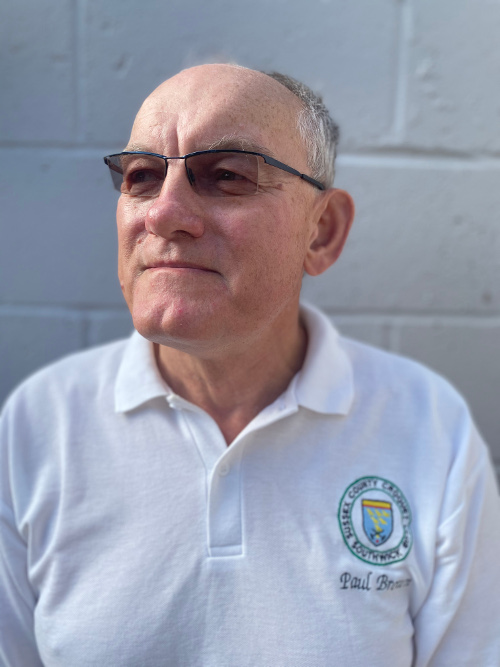 Raised in North Staffordshire, Paul returned to his native Yorkshire to study at the University of Leeds, where he gained a first-class honours degree in Civil Engineering. He spent the first nine years after graduation working for Balfour Beatty Construction on civil engineering projects across Great Britain and became a chartered civil engineer during that time.

Paul then joined ICI and progressed from Construction Engineer to Senior Project Manager with responsibility for a large variety of engineering projects. In the nineties, he and his family moved to Hong Kong and from there to Alabama, USA.

In 1999 he returned to the UK for a short period to establish a new purchasing team to support Zeneca's UK manufacturing plants before returning to Hong Kong to create and lead a regional procurement team for Syngenta.

Paul was posted to Syngenta's headquarters in Basel, Switzerland in 2003 where he remained until retirement in 2016. During that time, he was Global Head of Goods and Services Purchasing and latterly Head of Global Engineering.

Since 2016 he has been a part-time lecturer at Stuttgart University of Applied Science where he teaches on a masters course in International Project Management.

Paul and his wife Celia retired to Angmering, West Sussex where he joined the local club then subsequently Sussex County. He is a grass roots player who has become "hooked" on the game.

Paul offers the CA a wealth of management skills and a track record of getting things done. 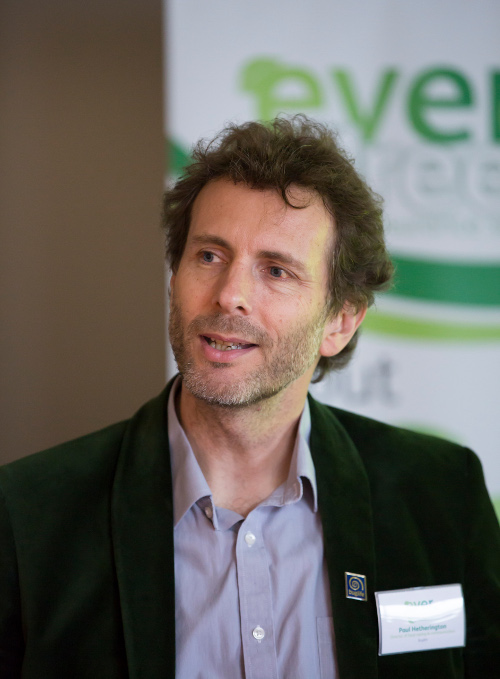 Paul graduated from the Open University and Durham University with degrees in Social Sciences and Natural Sciences.

In 1999, (following 10 years working in the Labour movement including a spell as Chief of Staff to a Hertfordshire MEP advising business's on European grants), he became Media Officer for Save the Children. Gaining extensive experience in brochure & leaflet design, writing articles for charity magazines and the Big Issue, motivational speaker at supporter events and many TV & Radio interviews.

In 2008 he became Head of Public Relations for The Woodland Trust, tripling their media presence in two years including regular slots on Today, the One Show, Spring & Autumnwatch plus regular coverage in the tabloids & broadsheets. Developing a media team of six plus four field-based staff and 50 volunteers. He created corporate partnerships with many household names including Disney, Asprey's & Ikea. Taking on responsibility for internal communications he developed a new strategy for staff engagement launching a staff newsletter and extranet for all Trust volunteers. Introduced and optimised new and social media including YouTube, Facebook & Twitter.

Since 2012 Paul has been Director of Fundraising & Communications for Buglife. Generating over £1.5 million p.a. of additional income through fundraising. Created £50,000 corporate partnerships with Waitrose, J Crew, and other household names. Acts as spokesperson and motivational speaker. Started major donor work and a legacy pipeline both creating over 100K per annum. Redesigned the brand, website and all core literature. Founded Buglife trading services generating over £50K surplus in the first year. Obtained Heritage Lottery funding and Partner status with the People's Postcode Lottery.

He is a regular columnist in magazines relevant to the sector.

He is an experienced croquet player leading Durham University to the 1985 and 1986 University Championships and the Aps Healey Award. A coach, handicapper & referee. He is a member of the EACF Board and club secretary at Peterborough Croquet Club. 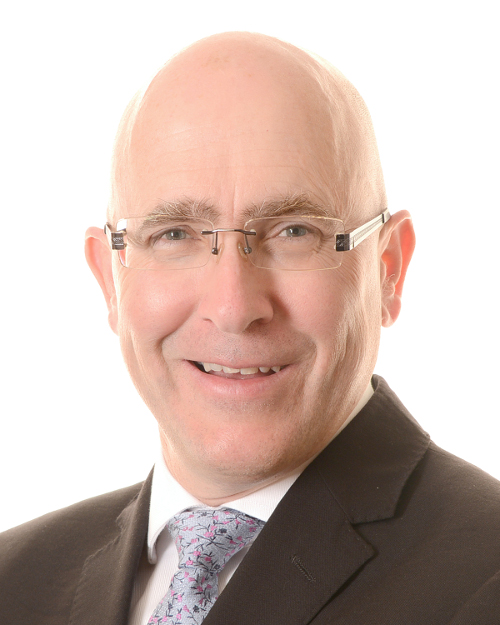 Tim has been privileged to participate in CA committee work since 2005 and has built a wide range of experience of the operation of the CA, including being a committee chair (GC Tournaments, International and Management) and Chair of Council. He has also played more ranking games of GC than any other player in the world (!?), played in four GC World Championships and managed a further three. One day, he will find the time to play more AC as croquet definitely requires both codes to be the complete, rounded sport that it is.

Professionally, he is an engineering consultant, who is used to working with collaboration technology (especially useful under the current situation with Covid-19), developing standards (he has led about 150 world-wide experts to develop ISO 8000, the international standard for data quality), team leadership (responsible for up to 40 staff) and developing strategy (working with numerous large clients including NATO, UK MOD, Rolls-Royce and Network Rail). He is a Chartered Engineer, Chartered IT Professional, Fellow of the Institution of Mechanical Engineers and Fellow of the British Computer Society.

His wife Ayako is Japanese and (to his chagrin) their three children have chosen badminton as their sport of main interest. Otherwise, croquet is his passion and he will defend and support any activity that builds the sport to thrive in this troubled world. He looks forward to working with the new membership of the Executive Board, who he is sure we will come together effectively to serve the further growth and strengthening of the CA. 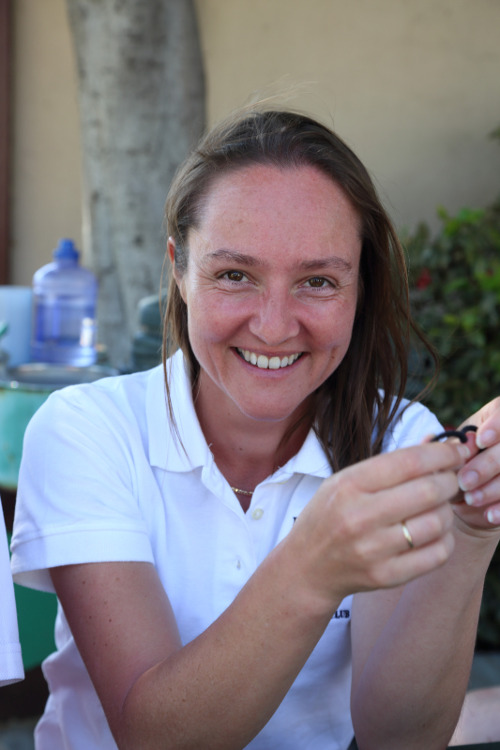 Having fallen in love with playing croquet 6 years ago, Alison has not only discovered a passion for competitive sport, but also for encouraging the development of the sport and its players.

Alison is a previously awarded most improved croquet player, she has competed at handicap events and level advanced championships, enjoying competitive club croquet through to playing against international players at the Open Championship for the last 5 years. She is a qualified coach, has coached club players, and having recently passed a Diploma in Psychology, she is now specialising in sports coaching for junior players.

Previous appointments within the Croquet Association include being a member of the Marketing Committee, writing articles for the Croquet Gazette and holding the position of International Performance Director. Using her own experiences on and off the lawns, Alison hopes to bring her enthusiasm and energy to the Executive Board to help drive new and exciting proposals for encouraging competitive croquet from the grass roots and upwards.

Alongside playing and coaching croquet, Alison also enjoys ballroom dancing with her husband David, who is also a croquet player and represents England. Alison and David also enjoy life with their 8-month-old baby, Ben, whose favourite thing to do at the moment is standing and jumping. 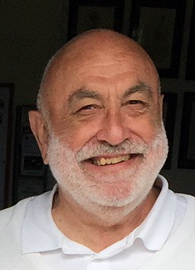 Roger has been playing croquet since 1979, originally with Norton Hall Croquet Club. He has been an active committee member of Croquet North since the late 1990's and has served them variously as Coaching and Development Officer. He is now a member of Middlesbrough and Pendle clubs. He is now retired, and helping to serve the cause of croquet by serving on some of its Committees. He was Chairman of the Coaching Committee from 2011 until October 2015, and Chairman of the Development Committee from 2016 until Oct 2019. Roger was a member of Council from 2011-2019 and is the current Chairman of the Executive Board.