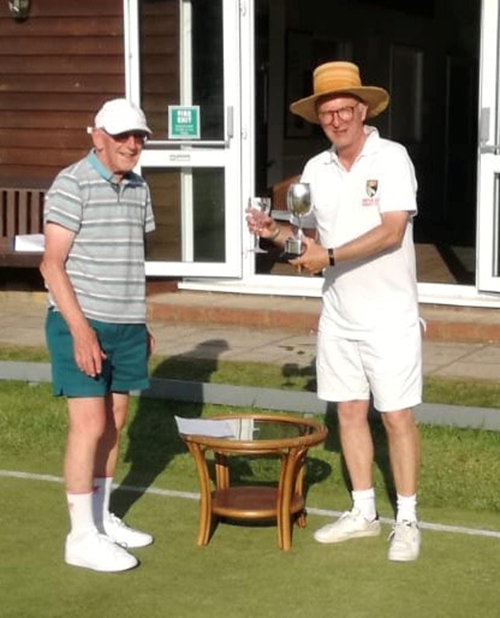 The Woking Mid Summer Open Championship took place on 14th and 15th June. Managed superbly by Bernard Jones, this popular and long standing fixture in GC calendar was fully subscribed at 16 entrants. The format was all-play-all, with a hefty 8 game schedule on the Monday. We were blessed with hot, sunny weather with contrasted with the 2019 event which was rained off. Richard Brooks led the charge, beating Simon Carter to emerge as the leader at the end of day one with the latter chasing his tail. As is often the case, the event was not decided until the penultimate round, wherein Richard faltered and Simon edged ahead to win for the second time, exactly a decade after the first. Richard Brooks was runner up. Thanks were given to Bernard and the catering team for a thoroughly enjoyable event.