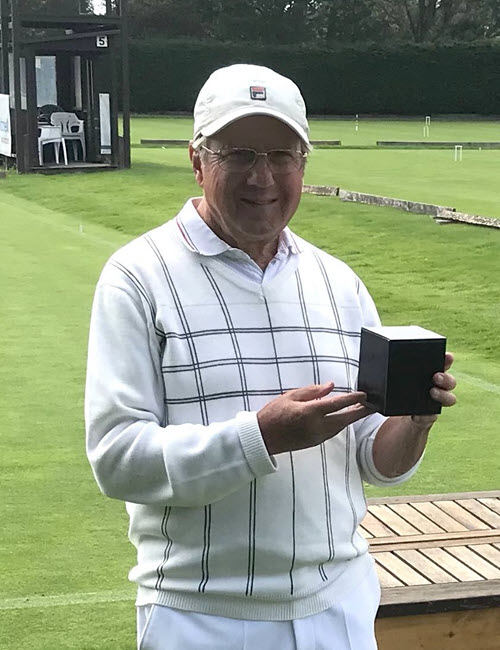 14 players contested this new event at Sussex County over the weekend of 14th-15th August. Playing conditions were largely good, if not exactly August weather, with only a little rain on the Sunday.

The competition was played as a single American Block.

From the start, Colin was on track to win, though there were some setbacks - an early loss to Stephen Custance-Baker and a more surprising one to Andrew Fall in a later round.

Meanwhile, Neil Humphreys was also winning his matches with losses only to Bridget Goodman and Gavin Taylor until the final round.

With both on 10 wins final round saw Colin beat Neil Humphreys 7-6 to take the competition. Third and fourth places were taken by Liz Farrow and Stephen Custance-Baker and all four take points forward in the 0+ Series.

Colin's 10 points in this event takes him to joint 4th place in the points table for the Series.