The Next President of the CA 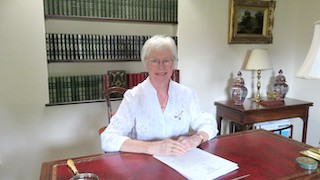 The CA Constitution provides that, in the event of a vacancy in the office of President, candidates may be proposed by Individual Members of the Association but they must give written notice of their proposal by 1st June preceding the Annual General Meeting.

Earlier this year our current President, Quiller Barrett announced his intention to stand down with effect from the next AGM in October 2022. I have received, in due time, one nomination for the Office of President (from the Chairman of the Board, Beatrice McGlen, seconded by the Chairman of the Council, Samir Patel).

There being no other candidate, Mrs Duke-Cox will be declared elected as President of the Croquet Association (with appropriate acclamation) at the AGM on 15 October 2022.