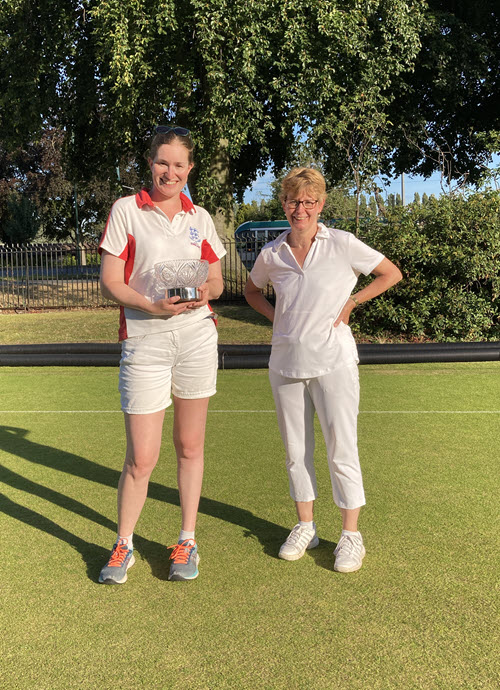 by Will Gee at Nottingham
15th July (GC - Championships)

Coupled with the strong entry, the conditions were particularly challenging this year. The tournament was hosted on one of the hottest weekends of the year, with Nottingham's recently renovated lawns and Atkins hoops. The competition to be one of the four people to survive the round-robin block was therefore grueling. Aston Wade edged Callum Johnson out of fourth place by only two net hoops to secure a semi-final against Rachel Gee, whilst ninth seed Debbie Lines played Ian Burridge.

Both semi-final matches went to three, but eventually Debbie and Rachel won out. The final was won 7-5, 7-4 by Rachel to secure her sixth Nottingham GC Championship and her third in a row.

Full results can be found on CroquetScores: