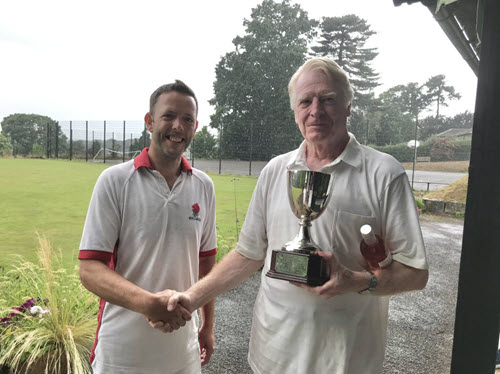 David Dray, as tournament manager, decided that the format would be a round robin all-play-all to determine the overall winner. After the first round went to 3.5 hours, a time limit of 3 hours was applied to subsequent rounds.

After close of play on Saturday there were four players with 2 out of 3 wins.

The placings were John Greenwood 1st, Charlie Martin second and David Dray in 3rd place - Tim had his handicap reduced to 4.5.