Apps and Steel Memorial Bowls for 2007 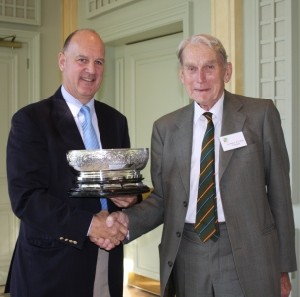 The bowls, presented to the man and woman respectively who have made the most outstanding progress in Association Croquet, were awarded at the 2008 AGM for the 2007 season as follows:

Tony made outstanding progress during the 2007 season. He won 62 out of 73 games resulting in an increase of 537 index points and a handicap reduction from 18 to 5.

Elaine made significant improvement during the 2007 season. She won 35 out of 50 games resulting in an increase of 200 index points and a handicap reduction from 14 to 9.

Nominations are open for 2008 - please submit a citation to the CA Office.

See the Roll of Honour for previous winners.