The CA Bernard Neal Award was instituted in March 2020 in recognition of exceptional services to croquet.

This award has been titled so that in years to come members can be reminded of the many outstanding contributions to the sport made by Bernard Neal who died in 2016. He was President of the Croquet Association from 2004-2009.

The eligibility criteria that need to be met for this award are:

It is awarded to CA members for outstanding contributions made to croquet in the domain.

Such contributions are considered to be substantially greater than those qualifying for CA Diplomas but do not rank as high as the truly exceptional services required for a Council Medal. It is not purely an award for long service.

The bar for this award is high so it may not be made in every year.

The award will usually be a glass vase but this may be varied if there are exceptional reasons that make another design more appropriate for the recipient. It will have a suitable engraving that may be on a plinth. 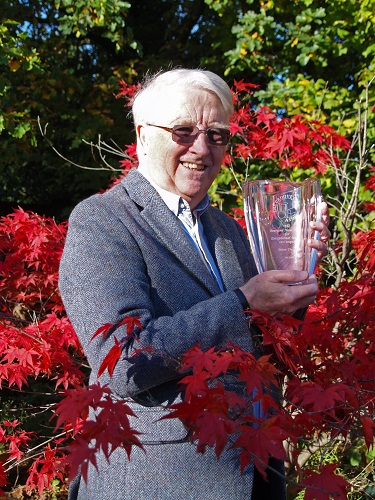 Peter Death discovered croquet in 1975 by stopping to watch play in the August tournament at Nottingham while walking round the lake as a student. He joined the club and rapidly developed into an A-class player. Before his career with the then Inland Revenue took him away from Nottingham in 1981 he had already been recruited as club Treasurer from 1977. He encouraged his son James to play with a cut-down mallet on the triangle between lawns 1 and 2. He remained a member of Nottingham, but was also a member at Bowdon, Southport and Shrewsbury as his postings took him around the country. When Peter returned full-time to the Nottingham club in 1989 he held various offices including Chairman and President for some years.

During this time he developed a keen interest in tournament management, becoming one of the relatively few with the capacity to handle multi-event week-long tournaments, showing abundant patience and consideration for the players in them. He has managed the Nottingham Week for many years, using an updated version of software originally developed for the purpose by Ian Vincent, and also major International Events, including a MacRobertson Shield Test Match, Women's AC World Championship, and was Tournament Director for the U21 GC World Championship.

Peter also quickly qualified as a referee, was appointed an examining referee in the 1980s and is a long-standing member of the AC Laws Committee.

He was elected to the CA Council in 2010 and chaired the Development Committee for four years. Peter Death succeeded Roger Bray as Hon. Treasurer of the CA in 2014 and saw Council through a time of significant change with the introduction of Standard Membership. Not only was he a reliable bookkeeper, but he helped develop software to import data from the membership database, tournament entry and shop systems into the accounting package, Sage. He was also a source of wise counsel both on strategic financial matters and a valued member of the Executive Committee. As ever, with the interests of the CA at heart, he decided to retire from office while still in a position to effect a good hand-over, making this an appropriate time to recognise his outstanding contribution to croquet and its governing body. 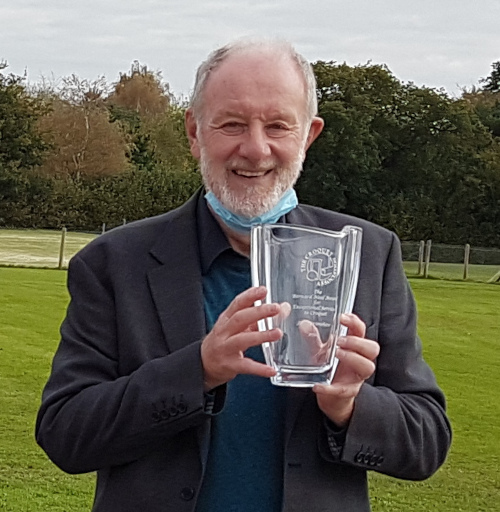 In the late 1970s, John responded to a local advertisement promoting a croquet demonstration and, being a chess player, was immediately interested in a sport that required both tactical and technical skills. He followed this up with lessons at the Bath Club where he took to the game like a duck to water and joined the Club.

Employment then took him to South Wales where, in 1986, he single-handedly set up the Dyffryn Club. He also set up the Welsh CA and was its Secretary from its formation in 1986 until 2003.

In 2004 John became League Secretary for the South West Federation, an area that covers seven counties and South Wales, a post he held for 14 years, retiring in 2018. During that period the number of matches increased considerably, both codes of the game being played at all levels and forms. John has been a passionate advocate of competitive play and persuaded many of our smaller clubs to participate in League competition for the first time.

A Federation Short Croquet Tournament was introduced in 2006. John became involved two years later and by 2012 it had become a two-day event with three Divisions. A 4th Division was played in the following year, and a 5th in 2018. This is truly an outstandingly successful innovation.

John was instrumental in raising a team to represent Wiltshire in the annual Inter-Counties Championship, was for some time its Captain and still enjoys representing his county.

In 2006 John returned to Wiltshire and joined the Kington Langley Club where he immediately helped with recruitment and coaching, which continues to this day. He was Chairman, is the Club handicapper, and was for many years the Competition Secretary efficiently organising the Club's many internal competitions. He started mowing the courts 12 years ago and continues to do so.

Croquet owes John a huge debt of gratitude for his unstinting commitment to the development of the competitive game in the South West region for over 40 years.